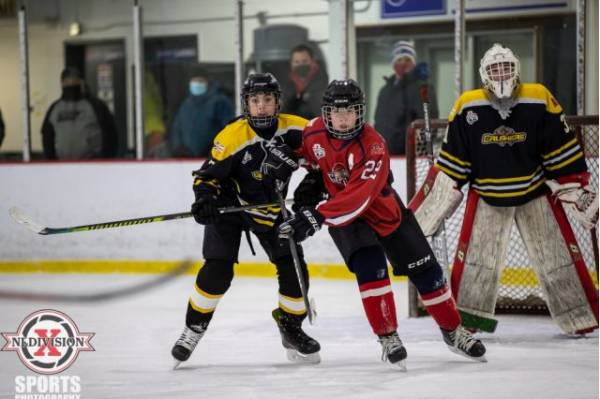 If two or more teams are tied at the conclusion of a round robin series, then the following procedure will be used to determine the final ranking before the semi-final (if applicable) and final games are played.

In the event that teams are tied for a playoff position, the following procedure will apply:

Note: All round robin games are included

Example: 10 Goals For 4 Goals Against

If three or more teams are tied, the point record established in the game among the tied teams only will be used as the first tie breaking formula in deciding which teams shall advance.

average gains the highest position. The goal average of a team is to be determined in the following manner:

Note: All round robin games are included

Example: 10 Goals For 4 Goals Against

The exercise of 2.2 establishes the team or teams with highest position(s) by percentage. These teams will advance. If there are still teams tied, they go to the next step. They do not go back to the “Two Team Tie Breaker”.

NOTE: The DJHL Mercy Rule means that a wiunning team can only be awarded a maximum goal spread of seven.